This film is directed by Alastair Fothergill and Jeff Wilson and it’s narrated by Ed Helms. Staring Steve the penguin and his lovely mate Adeline.

This film follows the journey of  an Adelie penguin name Steve and his survival while simultaneously seeking his better half so he can have his own family. Steve must learn  to survive the dangerous weather of Antarctica and predators.

What a fantastic nature documentary!! This film is visually stunning! I watched it on IMAX and I highly recommend seeing it this way as many of the scenes are just breathtaking. The cinematography is perfect and the wide shots of nature are beautiful. I found myself invested in this movie and particularly in Steve, perhaps because they are animals and I’m emotional towards all animals. There were times where I was in suspense as per usual you can’t have a nature film without predators. There were also times where I would be laughing out loud because some things these animals do are funny. I thought the score and soundtrack were interesting but ultimately it fit perfectly with the film. Now that I think about it I may be considering purchasing the soundtrack. It’s narrated by Ed Helms who I think did a descent job. This movie not only takes you in the journey of Steve but it takes you to Antartica and makes you feel as if you’re standing next to these penguins. During the credits they show the making of this film and I have nothing but admiration and respect for the people who had to stand in freezing temperatures and come to a close encounter with dangerous animals. It’s another reminder of the hard work that goes into making a movie (even if it’s just a documentary). I’d highly recommend watching this documentary as it’s amazing and not  long (a little under 1 hr and 20min). 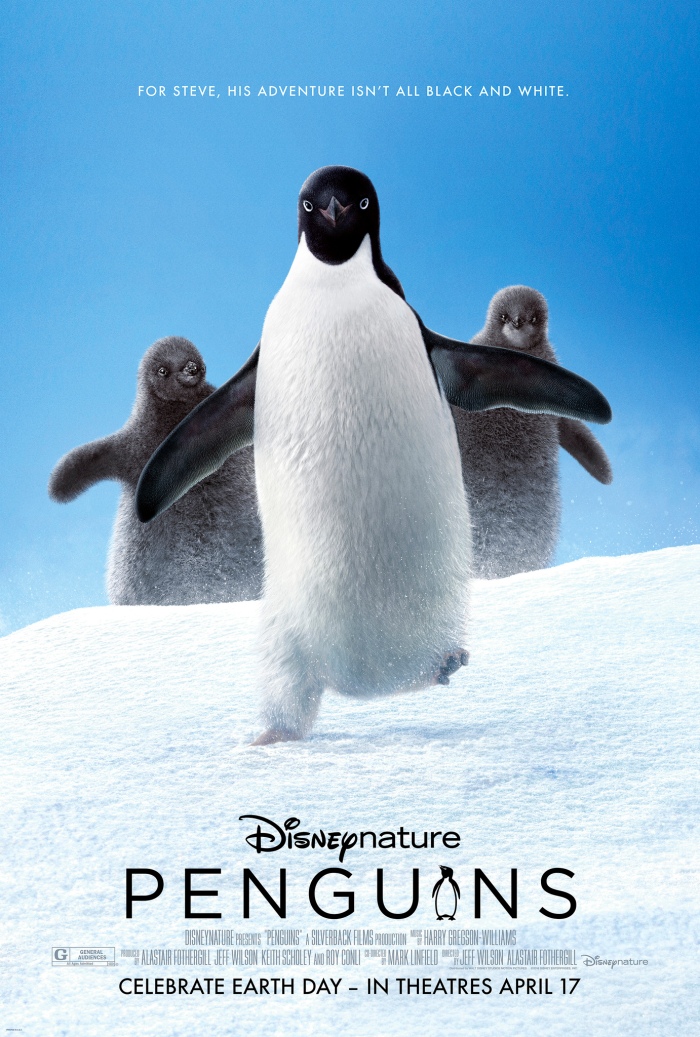