I posted on twitter that I hadn’t seen Selena in years! After watching it for this quick recap, it gave me an enormous feeling of nostalgia. Last time I saw this film I was in my early teen years and to watch it 20 years later it had a deeper connection with me. I see this film with a different set of lenses, and I absolutely loved it!! Although this film is about the life of Selena, it starts with the difficulties Mexican Americans faced back in the day. The singing group “Los Dinos,” where Selena’s father was a member, first handily experienced discrimination not only from white people but from Mexican people too. They get rejected from their first gig because the restaurant owner wasn’t aware they were Mexican. Logically the group figured they would only be fit to play in a Mexican restaurant. But no! Mexicans didn’t want them singing in that place either. Edward James Olmos’s character accurately describes the life of a Mexican American in the United States. Abraham (Olmos) said it best in this following scene, where he is driving Selena and AB, “As Mexican Americans, we must be twice as perfect because we need to prove to the Americans that we are American enough and we must prove to the Mexicans that we are Mexican enough.” I couldn’t have agreed more! He lists several examples of the knowledge we should have, for example, the past/present presidents of the United States and Mexico. We must also enjoy both American and Mexican food and be familiar with Spanish speaking talk show host and English speaking too. 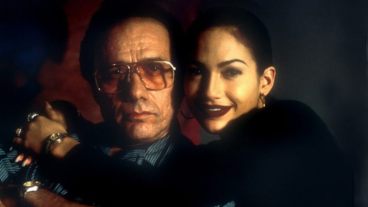 I was recently speaking to Jardiel (Pulp Cereal), and he asked what movie influenced my decision to start film criticism. You’ll have to listen to the entire interview to learn my answer, but Selena had a significant influence. Her unexpected death affected me, and sadly it would be my first experience living through a tragic celebrity death. I then purchased her albums (cassettes), memorized all the lyrics, and even tried dressing similar to her. I’d be in my best behavior, so my mother can take me to the theater to watch the film. Selena was the first film I ever watched at the theater, and I’ll never forget that day. I was a crying mess by the end, and it impacted me to the point that I never watched the ending for over 20 years until a few days ago.

At that time, I wasn’t aware of the importance of this film. A few days ago, I realized this film is one of the few movies where Mexican Americans are the focus of the film and aren’t necessarily villains. As an East L.A. native, this film is extra essential because Edwards James Olmos and Constance Marie are portraying Selena’s parents. You’re probably wondering why in the world did I individually isolated those two names. They are the only two actors that are from East L.A.  This film can be shown to any little kid from East L.A. to inspired them to follow their dreams.

This movie is in my personal collection of essential and vital films about Mexican Americans in this country. Selena is undoubtedly rewatchable, and Jeniffer Lopez gives a fantastic performance. JLo, to me, isn’t Jenni from the block; she’ll always be Selena. The movie is a formulaic biopic, but the music and acting make the film worth watching. 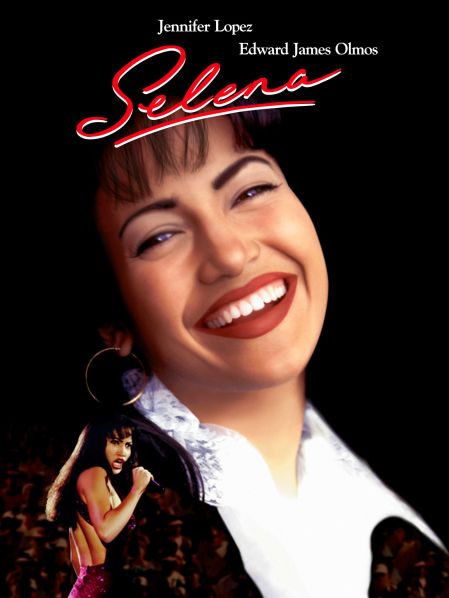